Justice Just is not.

I have a confession to make.

I am making it because although I don’t feel good about exposing a weakness in my character, I am convinced it uncovers the reason for a lot of retrograde social attitudes. 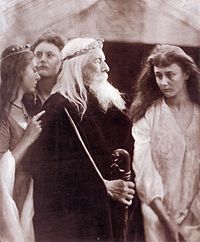 Like King Lear, I am the father of three daughters and my confession is that if I had not had daughters I probably would not have been very bothered about equality for women.

The second, and specific point is that gender equality, certainly with me was not even a moot point, it was no point at all.

This recently sprang to mind when my youngest daughter (15) delivered a throw-away line that it didn’t matter how well her friend would do at school because ‘she can marry a rich man anyway’.

I was shocked. ‘What’? I asked ‘have Mummy and I ever said to you to suggest that any of you (or your friends) should depend on a man?’ I was amazed that she was;

a, thinking of marriage (in this day and age of all things) and

b, that a (male) partner should be depended upon. I truly thought I had consistently, from day one encouraged my girls to develop personal professional ambitions and to go for them. I have openly discussed my own work-place dissatisfactions in the hope that they can see how they really must think and be independent thinkers and not grab seemingly easy options.

Having discussed this with my wife, I realised that perhaps one our ‘errors’ was not so much how we have verbally bigged-up independent thinking (surely the right thing to have done), but maybe because we appear to lead a quaintly retro looking life i.e. male and female married to the same person for many years with ‘him’ seemingly earning the money and ‘her’ making the home.

If, as it seems, my deeds have outweighed my words – I am filled with regret because the idea that any of my offspring would bypass professional ambition and an interesting life to be subservient to somebody else (especially a thick boy!) is abhorrent. I am not denigrating women or indeed men that want to be home-makers, but I feel that every person in the developed world that has been blessed with a rounded education and is surrounded by liberal values ought to devour that freedom before eschewing it.

If somebody – male or female – opts to become a home maker that is fine, so long as it their choice, but aiming for it from teenage hood seems such a waste.

King Lear & the Girls (photo)  1872 photograph by Julia Margaret Cameron which represents King Lear and his three daughters. King Lear is played by the photographer’s husband. The daughter on the right is played by Alice Lidell

← Why Travel? (The Psychology of Travel Part 2.0) In parallel with infinity →