A popular way of supporting and jogging memory is to write things down in lists.

Shopping lists, To-Do lists, Guest Lists and Checklists are among the first to come to mind.

A list is a thing of simple functionality, it is succinct and clear. The list’s downside however is that it can soon become complicated when you tick off items, make notes, add pictures or squiggles and highlights.

Rather than copy out a new refined list the temptation is to hold onto the original one as it begins to feel like a fifth limb. We rely on it rather than replace it as it develops an almost talismanic importance representing something greater than it really is. It takes on the status of a blueprint and we get the sense it can be used repeatedly by yourself and by others. Just look at how the simple spreadsheet, itself a list-like entity, has evolved through being an electronic cash book to being the basis of infinite volumes of changing data.

At the point when a list is copied and shared its importance grows and it becomes what scientists call a taxonomy. The word grew out of Biology where (people like) Darwin began classifying species and connecting them with their respective paths of evolution. (I am guessing you can call the Periodic Table a taxonomy too as it presents and classifies the elements in an organised format).

The Taxonomy concept spilled out from mainstream science and into the social ones. There are taxonomies of food ingredients, genres of rock music and the well known taxonomy of learning (developed in the 1950’s by American Educational Psychologist Benjamin Bloom. (Some good information can be found here http://www.businessballs.com/bloomstaxonomyoflearningdomains.htm#bloom’s taxonomy overview).

Bloom’s taxonomy is often drawn as a pyramid yet one day, whilst I was gazing at one, my mind drifted and in front of my eyes, his diagram metamorphosised into Maslow’s Hierarchy of Needs – another well known Tobleronic model that deals with a different but not too distant topic.

I realised that the use of graphics in these two supposedly simple items was beginning to create confusion.  If you search them out on the internet, you’ll find a plethora of convoluted, added-to and manipulated triangles and  3D pyramids. I have shown simple versions from decent sources above, but the truth is that it all becomes a bit muddy – and I haven’t even mentioned Mind Maps yet (sermon for another day).

All these distractions were making me forget what’s important in these list/diagrams; REMEMBERING STUFF.

These two models each have a solid base/foundation/springboard. The idea is that once you’ve grown beyond the base, you progress upwards until you reach your top state of well being; Creativity / Self Actualisation.

An alternative to layered Triangles is engineering’s path of progress; flowcharts. Although a flow chart looks like a series of random shapes and lines we grab from the top of our computer page, the shapes actually have proper meanings and indeed, have their own language. E.g. a horizontal oval means both ‘start’ and ‘end’ and a diamond shape means ‘decision’.

As soon as I discovered that these were more than nice shapes I felt uncomfortable using them because I sensed I was somehow the ignorant non scientist defiling a system that had clearly supported legitimate engineering for years. Perhaps I’m being too considerate, but I feel wrong in using something incorrectly. ‘’Better off’’ I tell myself, in coming up with my own way of listing things.

Another thing that dissuades from using Geometrics and Flow charts is that their upward pointing triangles and arrowed movements imply a one way street, that you can and must only progress. If I know one thing to be true, it is that the term ‘two paces forward and one pace back’ is neither niche nor known to a select few – WE ALL KNOW IT. Life and all the things within it are not linear. We need not so much a model but an attitude that allows every line in a list to be able to precede or succeed any other line.  It can happen by design or by random happening.

And so here it is: JENGA LISTING

My Jenga Listing is simple. You write your list in the knowledge that whatever it pertains to is like a tower of Jenga blocks. Because the blocks (words) are obliged to move out and up (the rules of the game) the best you can do is control them with dexterity and move them with minimum of damage. At the beginning you can be a bit cavalier and concentrate on compromising your opponent but as the game moves on and the tower becomes more fragile, you have to be careful and gentle. Stopping is not an option because like life itself and whatever you happen to be listing it is always in flux. 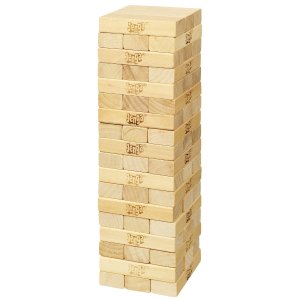 It’s less of a model and more of a mindset. You can present the words how you want; pencil on paper or stylus on touch screen  it really doesn’t matter. The important point is to know that it’s not sacred and can be moved around or struck through at any time.

In the next section I’ll discuss how listing and taxonomies relate to travel.

Let me wrap myself around you

Let you show me how I see

And when you come back in from nowhere

Do you ever think of me?

Your heart is not able

Let me show you how much I care

I need those eyes to tide me over

I’ll take your picture when I go

It gives me strength and gives me patience

But I’ll never let you know

I got nothing on you baby

But I always said I try

Let me show you how much I care

Cause sometimes it gets hard

And don’t she know

You should have known by now you were on my list

You should have known by now you were on my list

When your heart is not able

And your prayers they’re not fables

Let me show you how much I care oh