The surface is one thing. But down under is another.

And they’re right, depressing and awakening.

The programme follows the life of a successful sports person who has been vilified for being an Aborigine and moreover, FOR ARGUING BACK about the lack of rights of Australia’s indigenous people.

It references other peoples such as the First Nations of Canada and by extension and back into ancient history; the Etruscans, Incas and Aztecs who were wiped out by invaders.

Equally shocking was learning about the concept of Terra Nullius: ‘Land that is unoccupied or uninhabited for legal purposes. The application of English law to overseas possessions…’ (Oxford Reference)

Most of us who have driven across Europe or watched war films will know of ’No Man’s Land.’ This term has always had a bipolarity to it, on one hand it can be a harmless tract of earth that lies between two borders ( I once got stuck in no man’s land between France and Italy when I came off a ski slope in the wrong place, but that’s another story). It is also redolent of films and TV shows like 1917 and Black Adder. No Man’s Land is the muddy void where lost vulnerable soldiers run between the lines not knowing if they are nearer to safety or death; hell on earth. 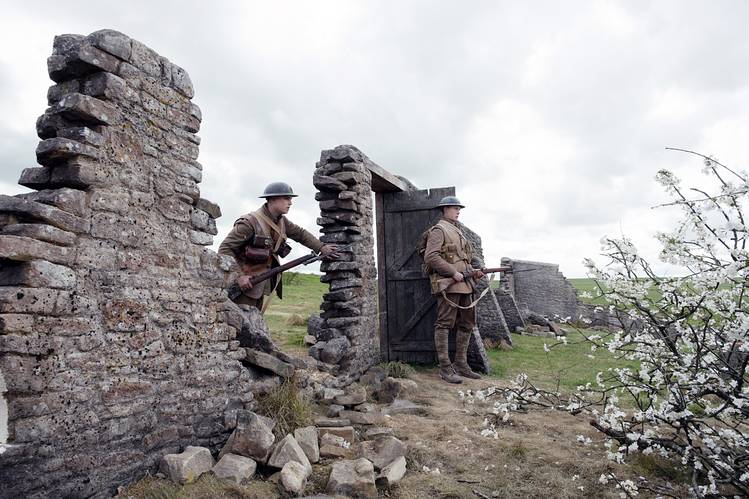 Yet this is just the tip of the iceberg. The sucker punch in the definition of Terra Nullius is ‘the application of English Law’. The British colonialists deemed Australasia to be unoccupied because the people they found there were, in their eyes, sub-human and inconvenient, incidental; mere extensions of the flora and fauna. This same vile attitude was demonstrated by settlers while physically staking land claims across North America and erasing any moral issues by painting the native tribes as itinerant wanderers without desire or need to settle.

Casting people as chattel is a brutal and long standing narrative, yet it has been so expertly PR’d over so many generations in so many locations that even the compassionate and god fearing folk ‘back home’ remained clueless.  Oh Lord, what a fool I’ve been.

Last week I was fortunate to have taken a lockdown holiday in France.

I, the Tourister, was able to be a tourist! For the first time since I can remember, my wife and I went on a holiday that I didn’t organise. What a treat!

We stayed just outside Paris, one of the great cities on Earth and didn’t even feel compelled to visit it. This was a shame but we were determined to socially distance from everyone else. I confess to having had a momentary lapse when I mooted the idea of visiting the Brie cheese town of Meaux. Sue, the responsible half of our hosting friends reminded me within a millisecond that such an excursion was not appropriate. I reeled in my cheese hunting ambitions for another day 🙁

Here we are, five months into C19 and I still slip up.

The area we stayed in was quite new which meant I was still able to learn about something I hadn’t even thought about; building and construction.

The other 50% of our hosting was provided by Barry. He knows about buildings and here’s a poem about just that:

Barry and the Buildings

Barry knows a lot about buildings

More than he knew he knew

Barry now knows that he knows a lot

He’s built a knowledge about his knowledge of buildings and it’s big.

We strolled around the town like a pair of sexagenarian school boys. He pointed out things like the quality and quantities of cement used in making pillars and what was cladding and what was real brick. Really amazing was that experts can tell what type of problem a construction might have depending the type of cracks in the walls and ceilings.

You’d expect a crack expert to live in downtown LA or Bangkok, but no, this one lives in Middlesex, England.

As somebody that has surveyed hundreds of edifices over many years all the expertise and examination of detail that he learnt has melded into pure instinct. Knowledge builds up and then like a star that implodes into a black hole, concentrates right down to a super heavy yet dimensionally tiny point of deep knowledge.

Sometimes however, it is useful to unravel this knowledge. Whether it’s breaking down a surveyor’s experience to educate a friend or busting open the expertly crafted legal shroud of colonialists’ lies. It serves us well to look at the detail.

For that is where gods and devils dwell.

← We are stardust, we are golden Glass Skull is Born to Boogie →