Creating a club culture for the England Team

Now England has qualified for Brazil 2014, common wisdom suggests we need to build a greater sense of cohesion.

Should we bring people’s differences out into the open or conversely do we focus on the things we have in common?

These last few weeks have seen some interesting discussions on football’s progress within the broader context of culture and society.

From Glen Hoddle’s sober world cup prediction, through Jack Wilshere’s rather throw-away proclamation on being an Englishman and Roy Hodgson’s space monkey joke to Heather Rabbatt’s disgruntlements on inclusion, we have pretty much seen Albion’s World Cup perfidiousness in a grain of sand. 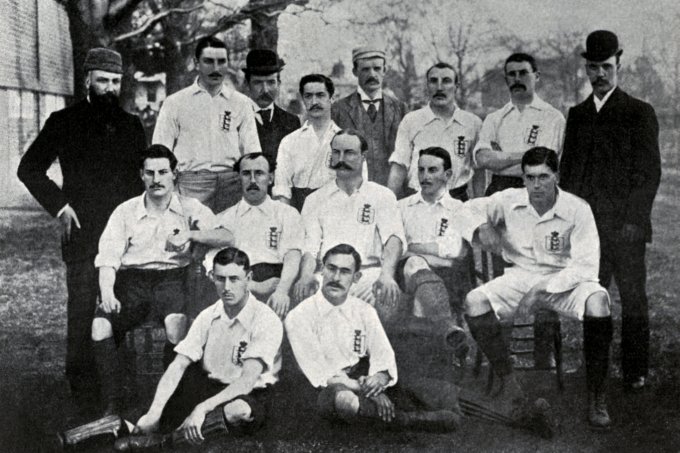 Let’s start with Glen Hoddle’s recent prophetic words spoken before England qualified for next summer’s World Cup in Brazil “I think we’ll qualify for Brazil,(but)…I think we’ve got to realistic about going to South America to win – a European side’s never done it before. There’s better opportunities for Spain and Belgium.

Although I suspect his reservations for success were aimed at the thinness of quality in the squad, the doubts about England’s chances stretch way beyond the ‘playing staff’.

In same week as Hoddle shared his ‘on the field’ doubts, the Arsenal and England player Jack Wilshere, (ironically Hoddle’s heir as the next great North London bred midfielder creator)  told the press ‘If you live in England for five years it doesn’t make you English. The only people who should play for England are English people. If I went to Spain and lived there for five years, I’m not going to play for Spain. *1

The truth about the Hodgson’s ‘space monkey’ quip appears – at the time of writing – to hang on the yet uncertain timeline of events. From what I have read he referred to a story (rather than initially telling it) about a monkey in space and a couple of England players were offended at the simian reference. This was possibly because like many other of the players, they did not know the tale and the context. The joke itself hinges on the supposed fact that some animals are brighter than some people and bears no racial element to it whatsoever.

However, if some people sense a sinking bullied feeling in their gut when they hear a word (in this case ’monkey’ – but it could be anything see my previous blog on the use of the term ‘Yid’), should we not think twice before using it?

I know some would say I’m proposing the abolishment of viable words from the dictionary. However, if we want to avoid offending people, particularly those we embrace as colleagues and team members, it is simply more sensitive, empathetic and ultimately pragmatic to sideline some perfectly ‘good’ words from football talk. It’s all for the greater good.

And talking of language – plenty of it has been flying around recently. Last week FA Director Heather Rabbats wrote an open letter exclaiming that soccer’s governing body has been left ‘exposed at a vital moment’ by the paucity of diversity on its commission into the future of English football.

She referred to the lack of BME (Black, Minority & Ethnic people) on FA Chairman Greg Dyke’s new commission on understanding into developing more home-grown football talent. Her point(insofar as I have grasped),is that we need a broad and diverse commission to think wide and creatively about how we can be best cultivate potential young English footballers (presumably once we have defined who the English actually are). She could be right, although it is also conceivable that if the people selected (one of whom is the aforementioned Glen Hoddle) are bright, open minded and experienced enough, their gender and race should not really matter.

Hoddle for example is white and middle aged (not an insult I’m the same age as him!)(the sort of person HR possibly feels there are too many of)yet he lost his England Manager’s job because he not only thought outside the box, but shared his observations with his players and more poisonously, the press. NB. I am not commenting on his values or opinions but he shared something that was very different from the norm and this very act of openness contributed greatly to his downfall. (If you don’t remember the incident, click here

The discussions above and hundreds more we could mention e.g. Luis Suarez, John Terry, the Ferdinand brothers, Di Canio and the unsavoury incident regarding the female official Sian Massey and Andy Gray. etc…) all demonstrate two things;

Around that time I happened to meet a very famous Premiership Manager. Being into motivation and team building I asked him which, if any, theories and philosophies he used to inspire his players. ’None and everything’ he told me helpfully. ‘I have a group of twenty boys from all over the world. They speak different languages, come from different circumstances and believe in different things. They are only connected by an initial love of football which can become polluted the higher they go’. He went on to say his only ‘chance’ was to build a club culture that everyone felt comfortable with and felt a part of.

Instinctively, most of us know that a main contributor to building this kind of group culture comes from achieving success. We also know that success is self-reciprocating. And there my friends, the circle begins.

In other words, it is set up to create a ‘club culture”.

Of the two options I mentioned above (bring people’s differences out into the open or focus on the things we have in common) it is clear that the pre-Dyke FA was certainly going to deal with the latter point (accentuate the positive). Two of their key ambitions are these:

I wonder with all the turbulence in the waters if an adjustment to the approach might help (even) more. It is certainly scary to ask people to express their concerns because it almost always elicits answers you don’t like to hear. On the other hand however, people like to be invited on board and tend to be less aggressive once they are part of the process.

Look at our coalition government. So long as they continue to agree that keeping their amalgamated boat afloat is priority they overcome divisions. It may not last until the next election, but equally, it might, only because the priority is upheld.

If the FA remembers that its priority is to build and maintain a group/club culture, it doesn’t really matter who comes on board. If all stakeholders are shown equal respect and get an equal amount of initial ‘air time’ the culture will build and create a positive and diverse identity.

*1 The Bleacher report concludes; ‘Wilshere’s comments remain unclear as he never truly defined what he means by “English people.” His statement will continue to be talked about until his thoughts are shared with greater clarity.’